I’m going to climb on my soapbox and share some things with you. If you were here in the room with me I would call it a speech. But since you aren’t here, I’m instead using email as my proverbial soapbox and hope you listen in.

“A soapbox is a raised platform on which one stands to make an impromptu speech.” – Wikipedia

This is a two part speech.

Part I: October. I’ve heard some grumbling around the office about how people are feeling down. Some are disappointed in their results this month. Others are playing the blame game. And many are pissed off at Craig.

Being down, disappointed and pissed off is not productive. It isn’t getting you anywhere. It isn’t helping you close more business and it isn’t going to help you have a kick ass rest of the year. So lay it down.

October is October. Every year we cross the same bridge from the crazy busy summer season to one of the slowest months of the year. This year is no different when it comes to the slowdown. I realize that we have some new agents who have never experienced a slow month. Well, now you have. This is the seasonality of the business and it happens every year.

Now let’s look at a chart for this year below. Look familiar? The charts look really similar right? We always have a slow month after the summer rush ends. One other thing to note from this chart that perhaps isn’t obvious, but so far we are already beating our last year’s October numbers by 14.8%. That’s right… as slow as it may feel for you we are closing 14.8% more business and still have a few days left in the month. We always get a rush of last minute invoices turned in so don’t be surprised if we beat last year’s October by 25%.

Just in case you are still not convinced…. I downloaded the website leads from last October and then from this October. And guess what? As of 11AM today we have received almost exactly the same number of web leads compared to all of last October. And there are still a few days left in the month so I imagine we will finish in the range of 10% higher compared to last year.

This October is not doomsday for you. Yes it is slower than the recent six months but it is exactly what we expect for the season. 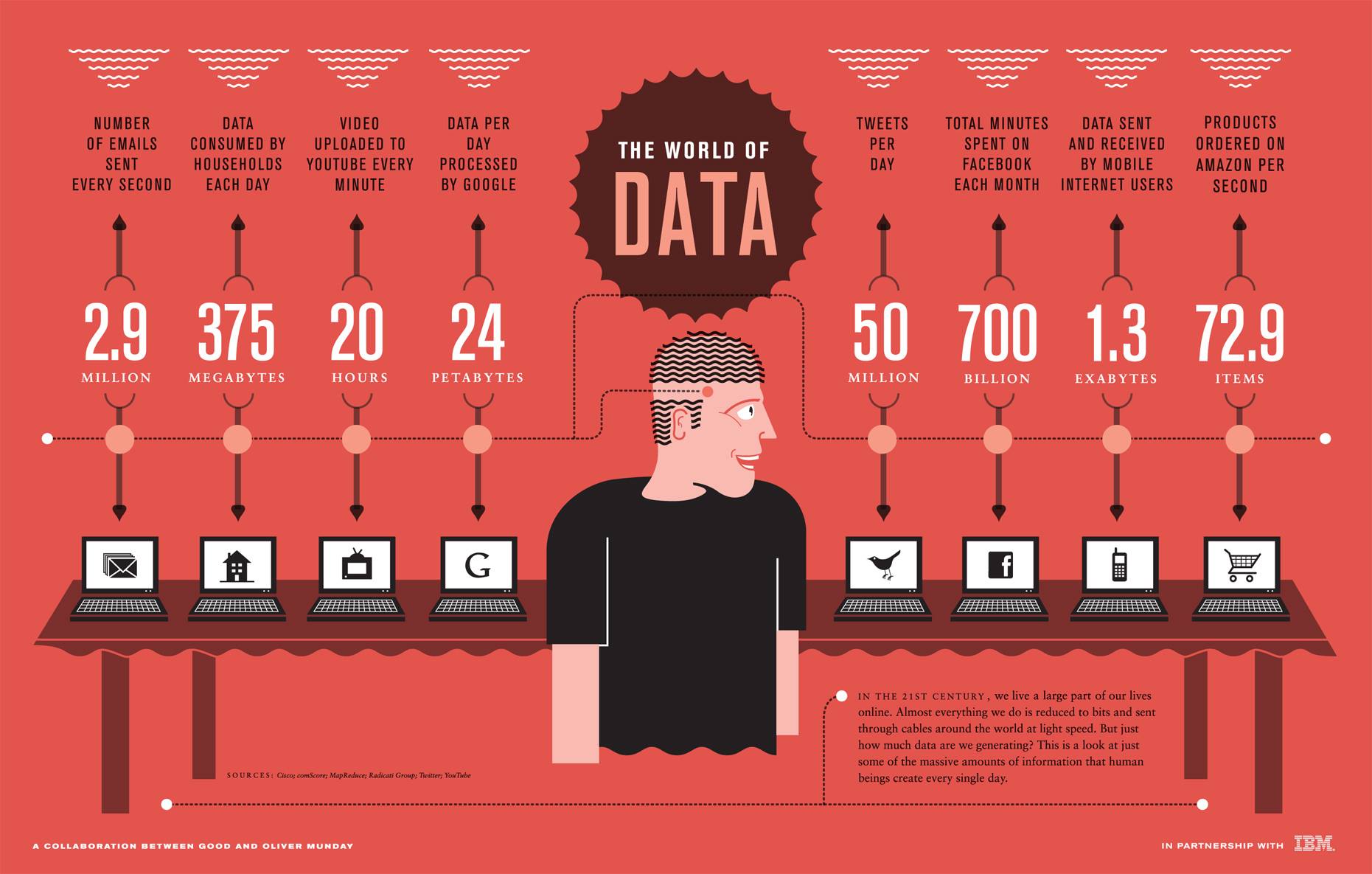 With internet becoming more accessible, we have been generating more and more data each month.Unfortunately, most of this data is not analyzed to inform better business decisions. Utilizing this analyzed data can help increase business performance by 300%. Surprising that more people don’t do that…

We’ve looked at data generated in different sectors as well and found that some sectors are a bit more advanced in using data well than others. Unsurprisingly, technology companies lead the pack followed closely by retail and consumer goods companies. However, lagging is educational institutions, real estate industry, and insurance companies.

The real problem with using big data is fear–with many people clearly understanding the need for data analytics, but not wanting to completely change the way they are used to running their operations. If only they knew how much better they could perform.

Star ratings whether for restaurants or individuals just doesn’t cut it. How can you really compare your experience at a restaurant of 3.5 stars to a restaurant of 4 stars. Instead, descriptors are a better indicator. For instance, if you knew that the 3.5 star restaurant had the best ambience in Boston, wouldn’t you be more likely to go?

This is why managing people is hard. The same tricks you used 5 years ago may not be relevant because your team and their personalities have evolved. Especially in real estate and insurance, with attrition being so high, it becomes even more difficult to understand how best to manage people. Well, personality analytics to the rescue.

When managers were asked about how they varied their style based on new employee influx, over 90% stated that they didn’t change the way they managed. They felt that consistency was a key part of measuring ROI. While this could be true, and drastically varying KPIs could create issues, the softer side of management should actually change. Using personality analytics doesn’t mean ignoring KPIs and hard metrics set, but instead it means incorporating reasoning and rationale for why some people don’t hit KPIs while others do